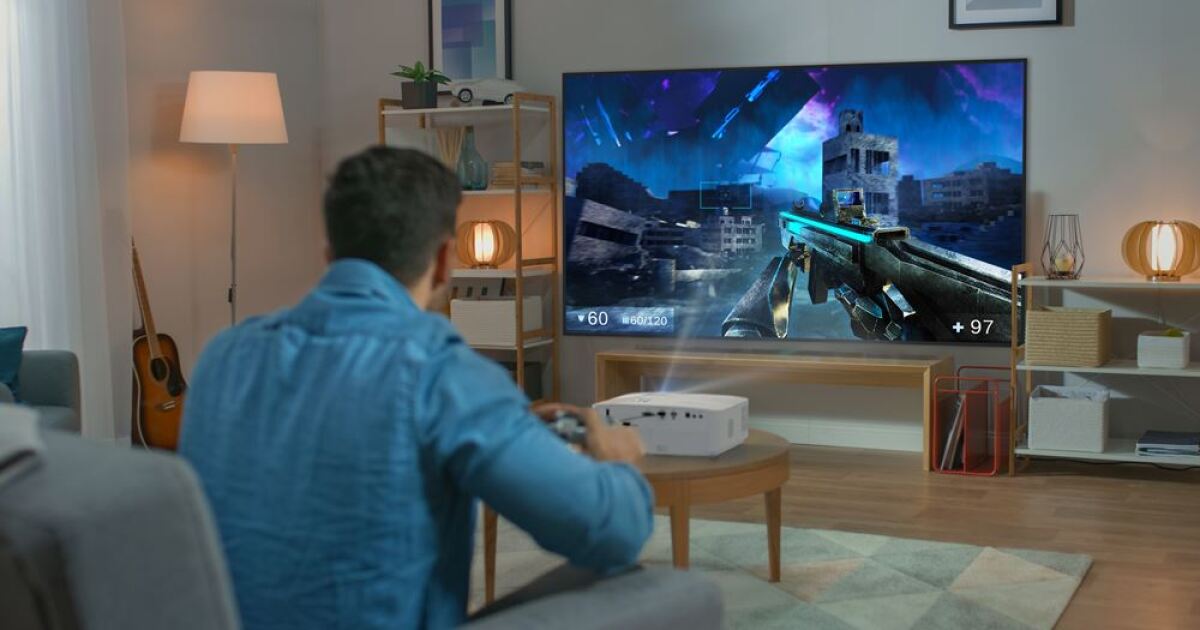 In the gaming world, snappy onscreen visuals could mean the difference between victory and defeat. Optomo has launched a new 4K UHD short-throw gaming projector with a fast refresh rate and low input lag for players looking to game large.

The UHD35STx projector follows on from, and offers similar specs and performance to, last year’s UHD35 model – but sports a shorter throw ratio of 0.5:1, which means that it won’t be able to get anywhere near as close to the wall or screen as Epson’s LS800, but users can mount it to the ceiling in a large bedroom or coffee table in the middle of a modest-sized living room and enjoy 100-diagonal-inch 3,840 x 2,160-resolution visuals at about 4 ft from the wall or screen.

Like its stablemate, the new DLP projection engine can accommodate split-screen multiplayer games up to 300 inches if you have the space, outputs 3,600 lumens for daylight-friendly viewing, benefits from 1,000,000:1 contrast and supports Rec.709 and DCI-P3 color spaces, along with HDR10 and HLG content.

An Enhanced Gaming Mode gets input lag down to 60 milliseconds at 4K/60-Hz or as low as 4 ms at 1080p/240-Hz. That’s not quite as responsive as dedicated PC gaming monitors but should still make for satisfying console gameplay over a much larger surface area.

The projector offers four-corner keystone correction, and includes a setting to compensate for non-white wall colorings, though the best viewing experience will be on an optional light-rejecting screen.

Connectivity shapes up as two HDMI 2.0 inputs, analog and digital audio outputs, a 12-V trigger and RS232 control port. There’s also USB for supplying power to an HDMI entertainment dongle (such as Chromecast or Apple TV), and a built-in 10-W speaker.

The UHD35STx ships with a handy backlit remote, and is on sale now for US$1,749.